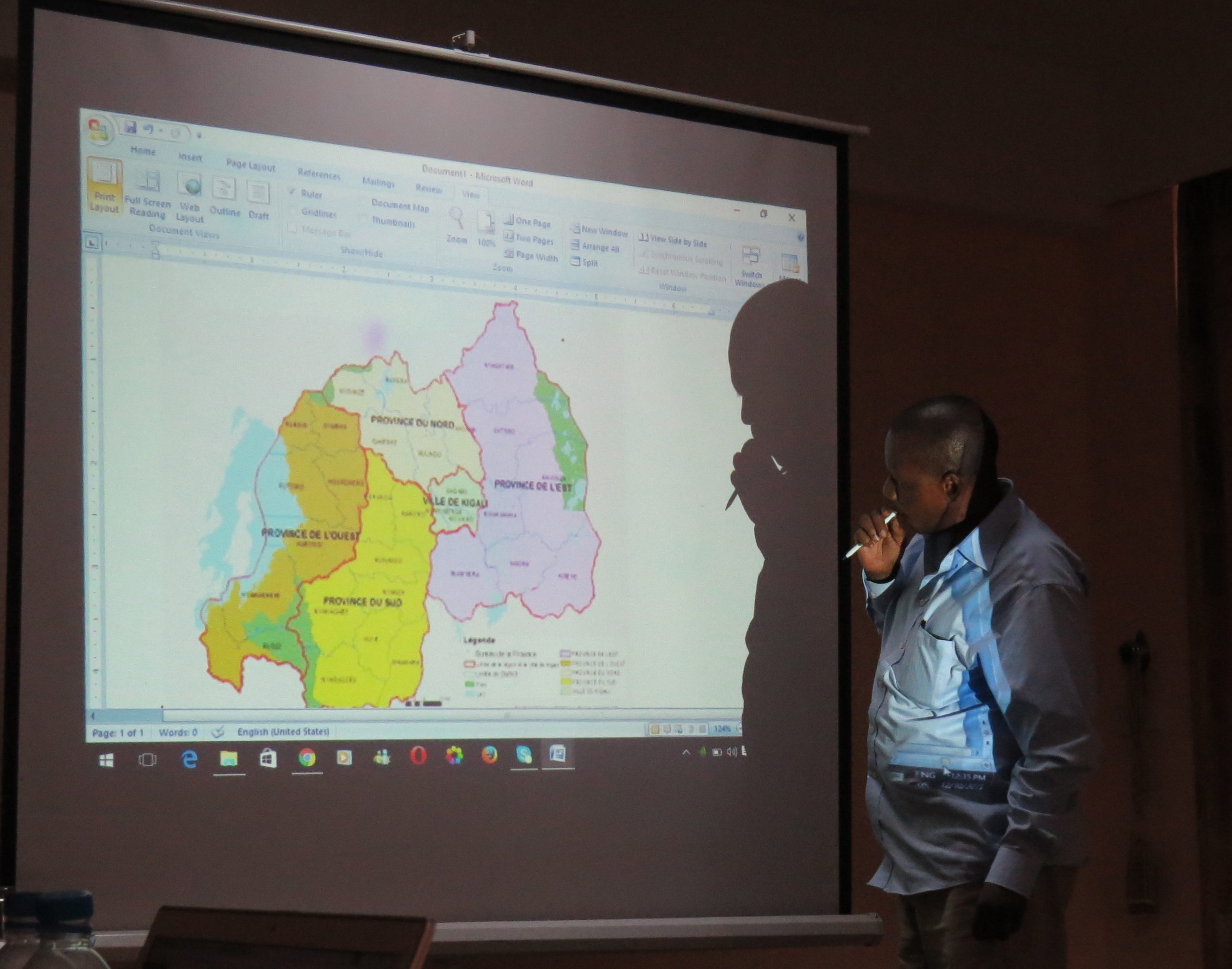 On December 10th and 11th, 2015, the Rwanda International Institute of Ophthalmology (RIIO) and the Fred Hollows Foundation (FHF) came together to conduct a workshop involving all opthalmic technicians in the country as well as key policy and decision makers from at-risk border districts in Rwanda to inform them on Trachoma and the risk of its emergence in Rwanda.

Trachoma is the world’s leading cause of preventable blindness of infectious origin[1] . Caused by the bacterium Chlamydia trachomatis, trachoma is easily spread through direct personal contact, shared towels and cloths, and flies that have come in contact with the eyes or nose of an infected person. The greatest burden of trachoma is found in sub-Saharan Africa (SSA), particularly in countries along the Sahel belt and in East Africa. Rwanda proudly remains the only East African country without significant levels of trachoma. However its proximity with endemic countries makes it easy for trachoma to trickle back especially in districts bordering Uganda, Tanzania and Burundi. Rwanda also host large numbers of refugees and this also presents a risk for entry of trachoma cases in the country. 12.56% of the Tanzanian population lives in Endemic areas including Kagera the district bordering Rwanda, while 11.65 % of the Ugandan population lives in endemic areas. The figure for Burundi is approximated at 40% living in Endemic areas[2] with high prevalence in parts of Muyinga and Ngozi which border Rwanda. 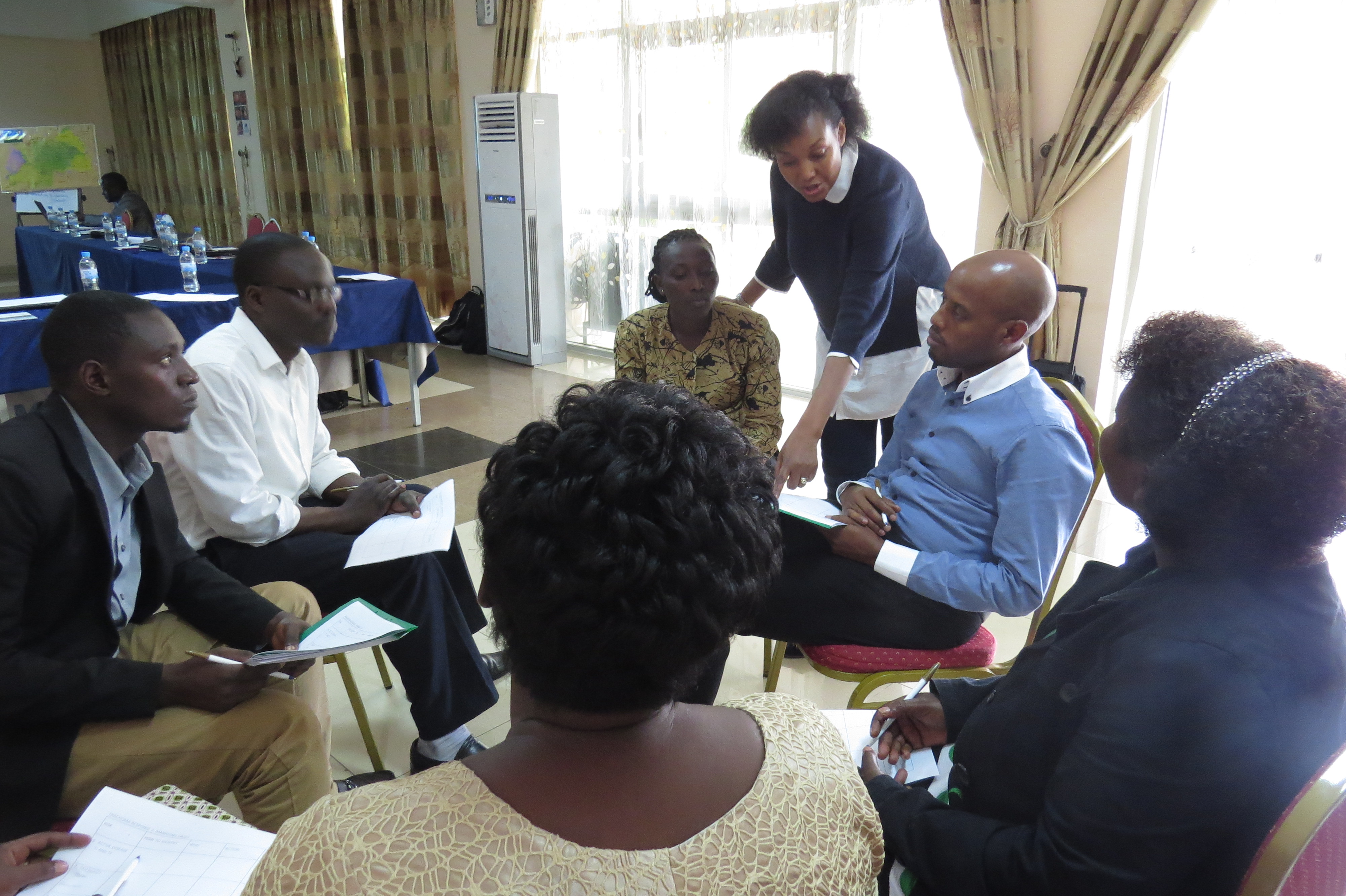 Conversely, because Trachoma has not been known to exist in Rwanda eye workers and the public in Rwanda have little knowledge on the presentation and management of Trachoma. Several cases of Trachomatous trichiases (TT) have been received in the large eye units and often these are patients who grew up in neighbouring countries with endemic trachoma, got infected in childhood and are now presenting with TT. TT is the major risk factor for blindness related to trachoma, and its management is a key component of the SAFE strategy. The comprehensive SAFE strategy combines measures for the treatment of active infection and trichiasis (S&A) with preventive measures to reduce disease transmission (F&E)[3],[4].Very few TT surgeons exist in Rwanda and the isolated TT patients are advised on epilation. The recent RAAB survey[5] in Rwanda found one case of blindness from Trachomatous corneal opacity representing a prevalence of blindness from trachoma of 1.6%.

The Technical working group for Eye Health (at RBC) is concerned about the possibility of emergence of Trachoma in border districts in Rwanda and wishes to set up a surveillance system for trachoma in these districts. It is known that Trachoma has remerged in some countries after elimination such as in Niger where, trachoma prevalence in two districts was reduced from 60% to 7%, but because there was not enough knowledge of the correct post-elimination procedure, the disease has re-emerged[6]. The workshop was hosted to design an appropriate response to ensure that Rwanda retains its unique position as the only East African country without endemic Trachoma. The Fred Hollows Foundation and the Rwanda International Institute of Ophthalmology wish to spearhead the efforts to keep Trachoma out of Rwanda.